ITANAGAR-  Along with the rest of the Nation, the Gandhi Jayanti was observed throughout the state on 2 October, 2021.

Gandhi Jayanti was observed at Raj Bhavan, Itanagar in a befitting manner on 2nd October 2021. Padma Shree Awardee and noted writer, a recipient of Sahitya Akademi award, Shri Y.D. Thongchi, graced the celebration as a special guest and garlanded the bust of Mahatma Gandhi in the Gandhi Hall of Raj Bhavan. Addressing the congregation through virtual media from Aizawl, Mizoram, the Governor of Arunachal Pradesh Brig. (Dr.) B. D. Mishra (Retd.) urged upon the people to promote and abide by the Gandhian values. He also called for strengthening the spirit of non-violence as endorsed and propagated by Mahatma Gandhi.

Special guest of the occasion, Mr Thongchi, who is the President, Arunachal Pradesh Literary Society (APLS) also spoke on the occasion. 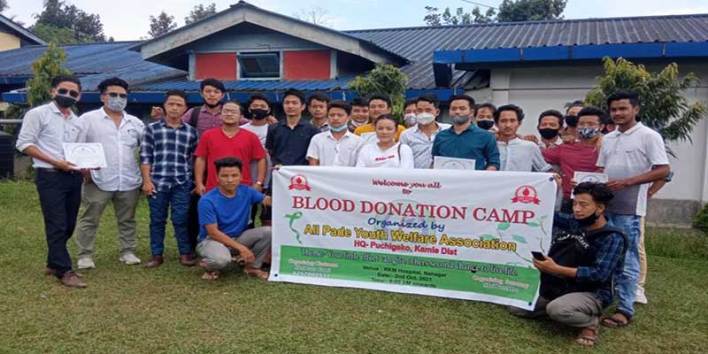 ITANAGAR-    On the occasion of Gandhi Jyanti,  All Pade Youth Welfare Association (APYWA), a clan base youth wing of Pade society under Puchigeko circle of Kamle district has organized one day long voluntary blood donation camp at RK Mission Hospital, Itanagar on this Saturday.  Paru Gami, Convener APYWA cum Organising chairman of said event has informed that total 40 volunteers turned up for blood donation camp but only 28 have successfully donated their blood. All Nyishi Students’ Union (ANSU) Vice-President Rahim Yangfo  and General  Secretary Rikam also  participated on programme to encourage young people who are voluntarily coming forward for such noble cause.

ITANAGAR-   International Centre for Gandhian and Peace Studies (ICGPS), Department of History, RGU celebrated “Azadi Ka Amrit Mahotsav” on the occasion of 152nd Birth Anniversary of Mahatma Gandhi on 1st & 2nd October, 2021 in association with Rajiv Gandhi National Institute of Youth Development (RGNIYD), NER Centre, RGU Campus & Centre for Youth Development & Leadership Studies (CYDLS), RGU. The programme for observance of Mahatma Gandhi’s 152nd Birth Anniversary on 2nd October, 2021 has been conceptualised under three-fold sub-themes – Remembering Mahatma Gandhi through Colours and Drawings by Painting Competitions among the Youths; Reimagining Mahatma Gandhi through Lectures; and Celebration of Gandhian Ideas through Spinning of Charkhas. The entire thrust of the programme is expected to generate a profound impact on the generations- present and future- who need to reinvent, re-imagine and relive with the Gandhian ideas, precepts and doctrines in order to make our nation-state move from strength to strength.

Palin- Gandhi Jayanti, was observed here today as part of the Azadi Ka Amrit Mahotsav. A Walkathon  under the banner of Fit India Freedom Run 2.0 was flagged off by Higio Tala, Deputy Commissioner, Kra Daadi District wherein a huge number of officers, PRI leaders, police personnel, public and students participated. The Walkathon started from General Ground, Palin and culminated at Deputy Commissioner’s office. An early morning social service was also conducted in all offices, helipad area, market etc with the coordinated efforts of the Head of Offices and the Bazaar Welfare Committee, Palin. While taking part in the garlanding ceremony of the Mahatma, the Deputy Commissioner Higio Tala highlighted the life and achievement of the Father of the nation. 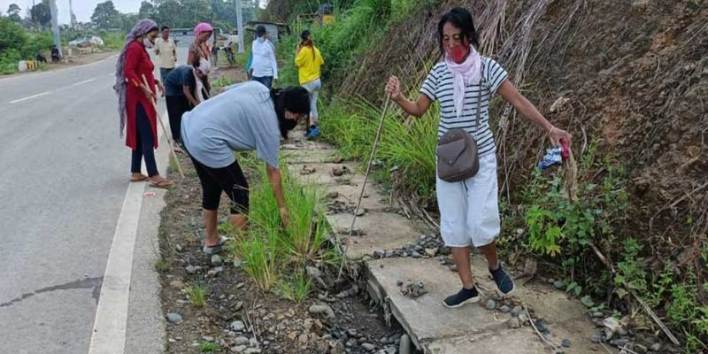 LONGDING-   A Plog  run – cum- mass social service was conducted   Jointly by UD& Housing longing  divisions and PHE &WS Longding  in collaboration  with district administration on Gandhi Jayanti as part of Azadi Ka Amrut Mohatshav.  The entire township are was divided into various zones and all departments were tasked to clean separate zones starting for bazaar  area and different  routes of londing i.e along  kannubari road, pongchau road, khonsa road and D.C.  office roads. While flagging off the program  DC Longding Bani  Lego highlighted  the importance of  cleanliness and  also spoke about the need to segregate  waste at source and he urged people to maintain cleanliness and hygiene. All the departments of the district enthusiastically participated in the program. 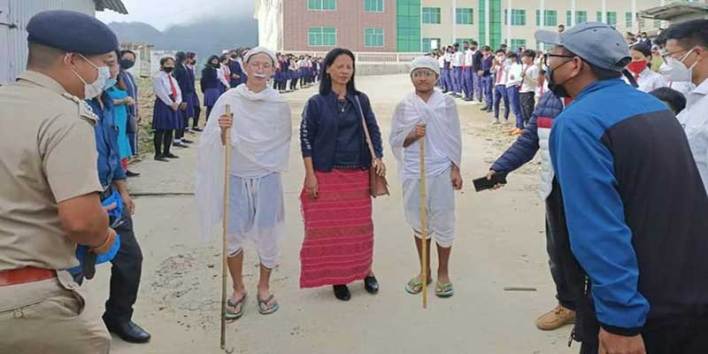 ZIRO-On the auspicious occasion of Gandhi Jayanti, a befitting programe was held near Mahatma Gandhi statue at Ziro.  The celebration was presided over by Somcha Lowang, DC,Lower Subansiri District.  A Prabhat Pherry was carried out by the children of the respective nearby schools. The DC was accompanied with officials and public leaders of the district.  All of them garlanded the statue of Mahatma Gandhi. The celebration wore a splendid look and was accomplished by a Ram Dhun sung by the students

ZIRO: On the Occasion of 152nd Gandhi Jayanti, IGTASMU conducted a webinar enlighten the them on role of universities in implementing Swachchh Bharat mission 2.0 . The webinar was Hosted and initiated by Mr. Santosh Kr. Yadav, (HOD- Commerce  and Management)  inaugurated by Honorable founder chancellor Prof. P.R.Trivedi. Highlighting the garbage management, attitudinal  behavioral changes  and carrier opportunity in garbage management as emerging opportunity. Dr. Utkarsh Sharma honorable Pro-chancellor explain about hygine and sanitization and enlighten the merits of the Swachchh Bharat activities.