This is in recognition of her persistent mountaineering achievements in the past few years. She scripted history by climbing Mt. Everest twice in 5 days.

Her two attempts in the year 2014 & 2015 had to be abandoned half way through due to avalanche and earth quake in the Everest region which killed 16 climbing sherpas and 22 other mountaineers respectively.

In spite of all odds she became the first and only woman in the world to do two Double Ascents of Mt Everest and the first Indian woman to summit Mt Everest 5 times. She also holds the unique record of scaling three Himalayan Peaks (Lobuche  20075 ft., Pokhalde 19343 ft. & Island Peak 20305 ft.)  in just 6 days which is unparalleled in the mountaineering history. 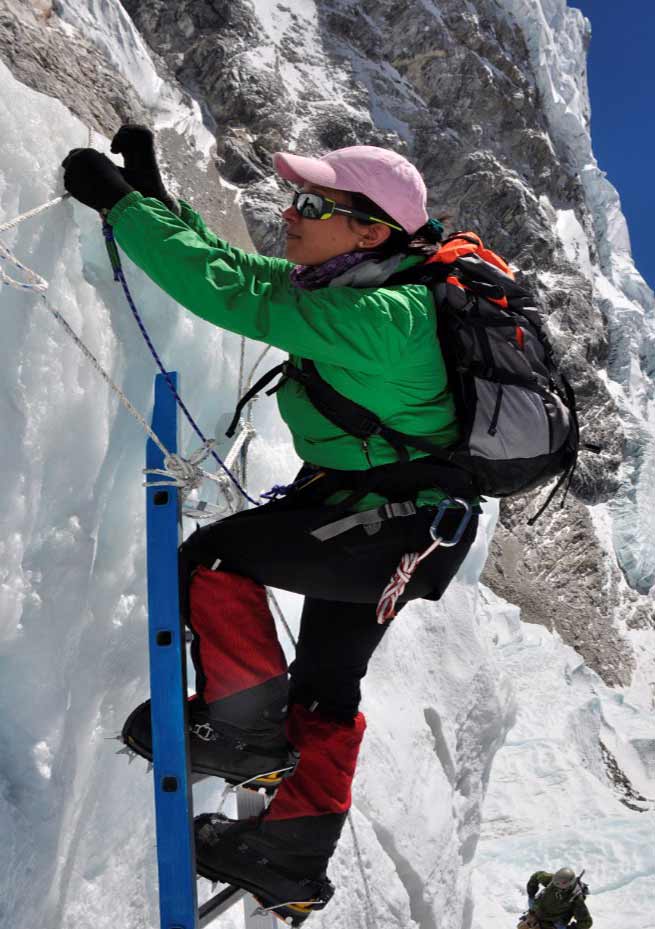 Dr Anshu Jamsenpa will dedicate this prestigious award to women around the globe who everyday struggles hard to achieve their goal, whether big or small.

She further extends her heartfelt gratitude to the Ministry of Youth Affairs & Sports Government of India, MoS Home Affairs, Government of Arunachal Pradesh and all those friends, relatives and well-wishers who stood by her during her thick and thin.