VIRAL VIDEO-   The Above  video of a group of monks celebrating birthday with a “cake” made out of snow ( Snow Cake) . In this 23-second-long video clip provided by Phurpa Tsering, a group of monks  can be seen celebrating  the birthday on a snow covered area, may be in Tawang,  or Dirang or adjacent to Tawang. They go on to cut a “cake” made out of snow and another monk even shares a piece with his fellow monks.

This is the beauty of Snow falls, or you can say the Snow cake, which only they knows who are residing in these snow covered hills. No word are enough to describe their happiness what they are feelings after snow fall.

Meanwhile the Snow fall continuing for 4th consecutive day on Thursday on the hills of  Tawang  and West Kameng ( Bomdila ). Traffic has been stopped at several places. Heavy snowfall between Dirang and Sela pass reported. Bomdila Police and Army personnel assisting vehicles. It is advised to not move towards Sela after 4 PM for next few days. 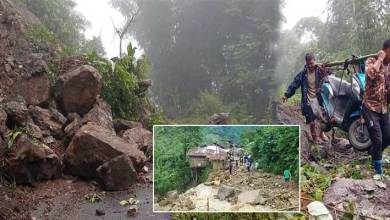 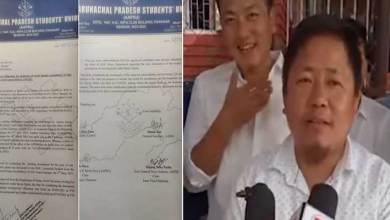