A Year in Longding District- (  By Nyatum Doke )- The infamous TCL (Tirap, Changlang and Longding) belt gives goosebumps to any outsider; people shiver and are scared to come here. It is regarded as the hard belt of posting, known as a place for punishment posting.  When, I got my posting order and found that it was Longding- it felt like I have been posted to some foreign land.  It was not that I was reluctant to come to the District, but because of all the reviews that I was getting from the seniors and well wishers- I had a second thought.

Then, I thought, if we don’t go to our own places because it’s difficult who else will? Actually, it is in the difficult places that we should go and use our skills and knowledge to bring about some positive changes. With these consoling thoughts, I immediately googled the distance from Itanagar to Longding and Longding to Likabali; I was shocked to see that It shows maximum 6 hours from Itanagar and 3 hours from Likabali my hometown- I felt happy. On 20th October I reached Longding; I made sure that I reach before its dark. Then, I joined here the other day. I found that longding is well connected by road networks and one can reach important part of the states within few hours of journey- even railways and airports are situated in the vicinity.

I know that a year not long enough to become an expert on a place, but, then, I think one year is neither less to know a place. It’s true that there are issues- water scarcity, infrastructure issues related to office space and administration. But some or the other problems exist in all the districts, don’t they? There is not district or place devoid of problems and challenges. Focusing on problems and negativity creates vicious circle of negativity- So; let me focus on the positive side by shedding the glass of negativity.

First time, when I entered Longding District from Kanubari I was awestruck by the beautiful scenery. I felt the change in climate as I climbed towards Longding. It has a pleasantly moderate climate perfect for a hill station. Once I reached the place everything felt the normal, people greet you with warm smile and are helpful like any other place. 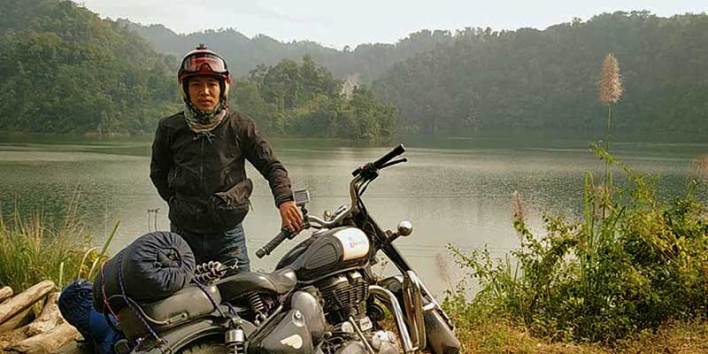 As the one year has elapsed, I have travelled to most parts of the district; I can tell you that the descendant so the Patkai “the Wanchos” have one of the most kaleidoscopic cultures- vibrant and colorful- It can definitely mesmerize any visitor. The system of ‘Paa’ or “Morong’ which house Kham one of the largest log drum can be catch the interest and imagination of any social researcher.

During the ORIAH festival season which begins from second week of February, the entire district feels like, as if, painted with a rainbow, drenched in beautiful and colorful attires and jubilant celebrations in every nook and corner of the district. Then, when you get to know the people you will realize that, people here are really artistic and they are expert bead makers and wood carvers.

Along with the good things, I also must accept that in a new district like longding or any other you are obviously going to face some challenges- but aren’t they part of the life? Challenges needs to be accepted and solved not something to run away from.

As, one may say, Longding in comparison to any other districts looks backward- but it is not a stagnant district- it is growing and considerable development can be seen in all sectors and spheres. We must remember change is never sudden, but, incremental and slow. It may take time but the district has lots of potentials for growth in terms of tourism, traditional industries, agriculture products, horticulture products etc. Proper policies and effective implementation of the schemes and programs coupled with vigilant citizenry and effective leadership will go a long way in harbingering the necessary change in the long run. 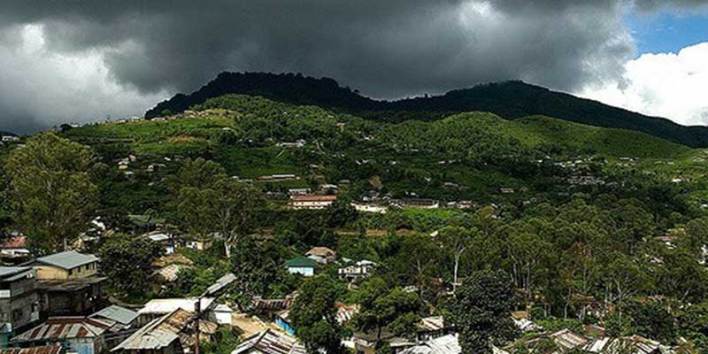 In the short run, ‘Recognisation as a Tourist Circuit’ is A Recognition which is long overdue; Govt should think on the matter seriously. I understand there are apprehensions related to security and other issues. However, delaying the recognition will not have any productive of positive impact. There are many pockets and stretches within the district which can be recognized as tourist circuit after due consultation, verification and discourse.

What I have learnt in this one year is that ‘we need to be an explorer’, ready to serve anywhere in the state; also, I have learnt that if one is willing he/she can contribute much beyond the officials Charter of duties- ultimately wherever one may be posted and in whatever position the primary motive or goal of being a government servant is to serve the society and to minimize the hardship of the people. Lastly, but not least don’t hesitate to come, Longding is Longing for you visit and stay!

(The writer is currently posted as a District Information and Public relations officer in Longding, and expressed his views )