The Governor congratulated the awardees and expressed his hope that they will continue to inspire their fellow citizens and also contribute whole heartedly in the developmental progress of Arunachal Pradesh. State Silver Medals were conferred on 25 (Twenty-five) persons for their excellent performance. 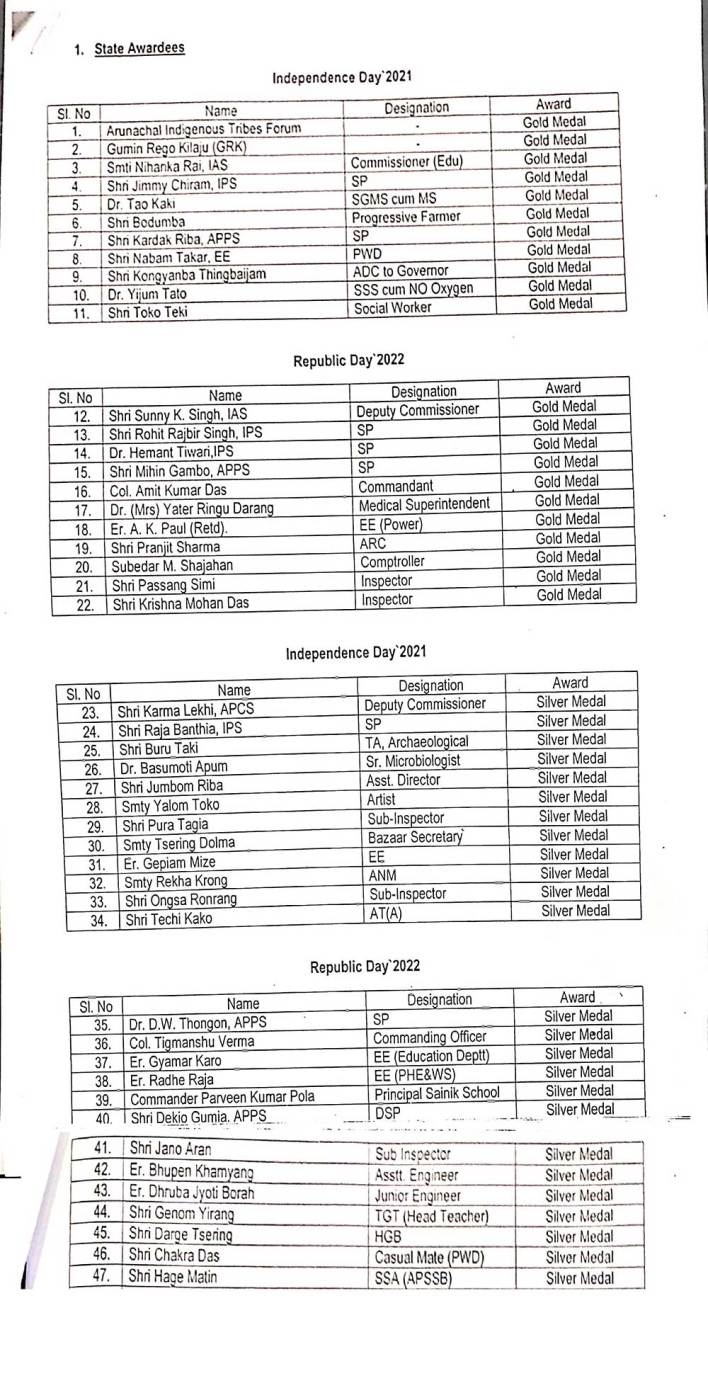