West Siang district is worst in terms of road connectivity, stated by Union Minister of State Mr Kiren Rijiju during his two days whirlwind tour to Beye Ngomdir, Ngomdir, Doji Jeli, Eyi and Logum Jini villages of West Siang on 1st and 2nd Sept’.  He was accompanied by DC West Siang, ZPC and all HoDs.

While addressing series of meeting at different places, he said that West Siang district is worst in terms of road connectivity.

He informed that the Govt. has already released the second instalments of PMGSY road from Ngomdir to Beye which has around 7 KM stretch to complete pitch road and also assured to place additional fund during this financial year for various road widening and other necessities. 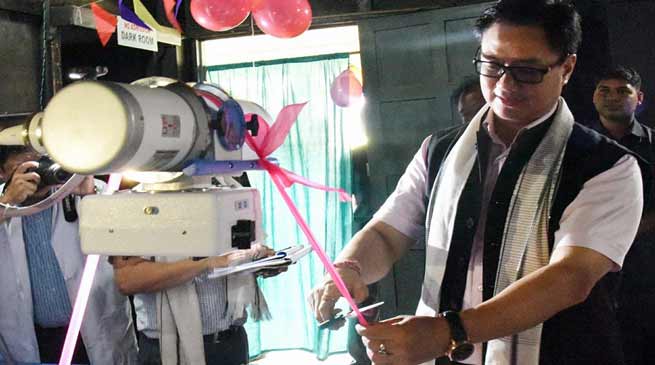 He further assured to direct concerned agency to prepare DPR for alternate route connection from PiriSago to Ngomdir in which it will take time for initiation. With response to the various memorandum submitted byl the villagers,  Minister of state assured to sanction a community centre during current financial year at Beye Ngomdir, RCC community centre at Ngomdir village, however he assured to try his best for multipurpose club at Ngomdir village.