STRONGER TOGETHER – Standing up against injustice; seeking each other out in times of need.

Today, we remember and commemorate the birthday of the ‘Iron man of India’ Sardar Vallabhbhai Patel who helped us achieve India in an integrated way as we know it today. He is credited to have integrated over 550 independent princely states.

On this occasion, I write today, to my fellow citizens from the North East to talk about the discrimination our people face. I remember what happened to Nido Tania, Higio Gungte, Aloto Chishi, Awang Newmei; these incidents and atrocities have left a deep rooted fear in all of us. They seem to have become a forewarning that we are safer in our own states, away from the harsh lives of these metro cities.

As citizens of India, we have the right to education and the freedom to work/live across the country. But unfortunately, our host cities have not been so welcoming. At the heart of the problem is a lack of understanding – of cultures and mind-sets and a lack of tolerance for differences. In fact, the nature of racial discrimination faced by persons from North East India is similar to instances of prejudices and discrimination faced by minorities across the world, even in developed countries. It turns out that ‘development’ (at least in the way that it is conventionally understood) is not a panacea for social ills; it is unable remove the race-conscious mind-set of people. A case in point is the ‘Black Lives Matter’ campaign in the US which started as a protest against racial discrimination and systemic violence against African-Americans by police authorities. While the law in the US out rightly prohibits discrimination, it is toothless in the absence of enforcement. Finally, it is the community that has had to get together to stand up and demand justice.

In India, the situation is somewhat similar. There are several constitutional provisions available to safeguard the rights of our people – Article 14 (Equality before law); Article 15 (Prohibition of discrimination on grounds of religion, race, caste, sex or place of birth); Article 16 (Equality of opportunity in matters of public employment), but there is very little government enforcement to put these Constitutional provisions into action. What we need urgently is for our people to stand together, to support each other in times of need and to put pressure on the government to protect our rights better.

What we also need to do is to use the mechanisms that are already in place more effectively. For instance, there is a Delhi Police special helpline number which we can dial anytime to ask for help and support. The number is 1093. A special security cell has also been set up to help with issues of racial discrimination and accommodation. The Delhi Police has also started a new program where they are recruiting 10 men and 10 women from each North East state. This has been done so that we don’t hesitate in reaching out to the police in times of need.

I appeal to all the North East communities and associations across metropolitan cities to reach out and help others settle in. Simple measures like familiarizing new migrants about rental agreements and rates in different areas of the metropolitan cities can ensure that they are not duped by their landlord or broker. Students can work with their university administration to hold special orientation sessions for new admits. This small gesture can go a long way in ensuring their safety and security. Associations can also play a vital role in being the first port of call in times of distress.

But, not only must we stand up for each other, we must also help our fellow citizens of our great nation understand us better. Ultimately the root cause of the problem is a lack of understanding and empathy between communities, and unless this is addressed, the situation is unlikely to improve. I urge the North East migrants in each city to make efforts to mingle with other communities. Their efforts can be catalysts for the awareness we want to raise and the understanding that we want to establish about our community and culture.

The idea is to build confidence and trust again in an integrated and holistic manner. We, all of us, have to work towards an environment where none of us are victims anymore but equal stakeholders of this great nation. JAI HIND.

(NINONG ERING is Member of Parliament, Arunachal East  and Abhishek Ranjan is a Policy Analyst and can be reached @deetee08 on twitter ) 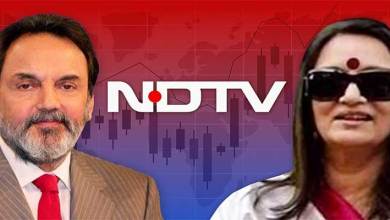