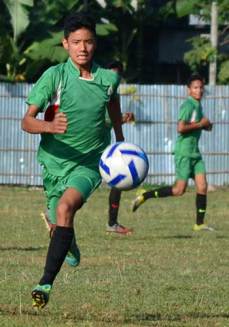 The tournament was conducted by Army Camp Golandi as part of Sadbhavana project and was aimed to select the Udalguri District team which will now take part in Army BTAD Football Premier League at Kokrajhar in Jan 2017.

A total of 10 teams participated in the tournament. Semi-finals were played between Kahibari FC & Kabirali FC and Khairabari FC & Tangla FC.

District sports administration and Udalguri District football Association have expressed happiness and satisfaction over this opportunity provided to the talented Udalguri Football players for showcasing their footballing skills and love for the same. They are confident the selected team has great prospects in the upcoming BTAD League.