The 3rd Edition of Orange Festival of Adventure & Music 2016 begins at Akoko Village at Dambuk today.  Inaugurating the four days Adventure & Music festival, Deputy Chief Minister Chowna Mein said, “The landlocked Dambuk has gone global with the Orange Festival”. He said that this fusion festival of music and adventure has made the name of Dambuk famous and he hoped that with the presence of 60 journalists covering the event this year, the place would become more popular. 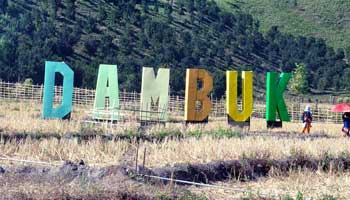 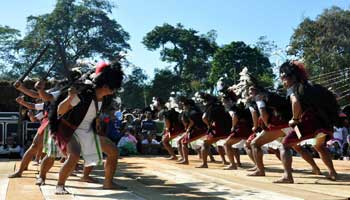 He said that the state has calendar events like Tawang Festival, Music Festival of Ziro, Mechuka at Adventure Festival and Orange Festivals at Dambuk which are being organized to promote tourism of the state. He added that Poi Pee Mau Festival at Namsai is also being celebrated with same motto to promote cultural and religious tourism which become global with participation of cultural troupes from Thailand. He said that with tourism, economic activities must also follow. We can also promote river tourism as the state has many rivers and can interlink places which would be adventurous as well. 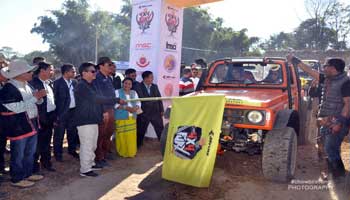 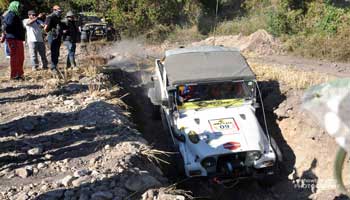 We have also ample scope to bring in investment in the state but for that we need to create conducive atmosphere. From western most part of Tawang up to Kanubari at eastern most district at Longding we have scope for Home Stay which we must promote, Mein said.

Dambuk though a landlocked area has favourable climatic conditions and soil for cultivation of agriculture and horticulture crops and state govt is there to support it. We must encouraged the people to take up such crops like Orange and Arecanut which would give economic returns to the farmers. He expressed hope that with the completion of Dibang Bridge and Trans-Arunachal Highway, the marketing of the agriculture and horticulture produce would be facilitated to a great extend.

Deputy Chief Minister assured to provide fund for renovation of Dambuk township road, renovation of Bomjir to Paglam road and to incorporate construction of four rooms circuit house in the budget. 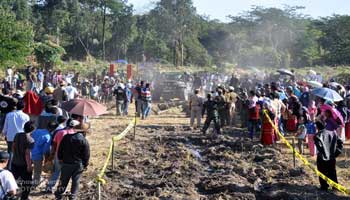 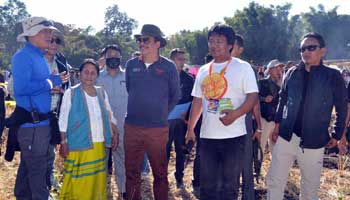 He asked the PWD to prepare and submit estimate to face-lift the Community Health Centre, Dambuk and also informed that Govt is considering the construction of approach road to Sissiri Bridge and for early completion of bridge over Sisiri on priority to connect eastern part of Arunachal with Siang belt and other western parts of the state.

Parliamentary Secretary for Tourism, P D Sona in his speech said that it is a good sign that Arunachal is growing in the tourism sector. He said that Tourism can be the source for revenue generation as well as provide employment opportunities to the youth. He further said that the festivals like Orange Festival are promoting tourism through adventure and music together while festivals like Tawang, Ziro, Mechuka and Poi Pee Mau are promoting tourism through Culture, Music, Adventure and Cultural & Religious exchange respectively.  He, however, opined that responsible tourism is to be a part of the economic development and expressed hope that the tourists would contribute in the economic activities of the people.

He said that Arunachal is blessed with diversity of climate  & culture and rich environment, which we must protect.  He said, “call of the time is eco-tourism and cleanliness”. He also called upon the people to show hospitality to the outsiders and to help them out in case of needs. He, however, said that for development and tourism industry to grow, support and collective effort of the peoples are essential.

Parliamentary Secretary for WRD, Gum Tayeng while submitting a memorandum to the Deputy Chief Minister on the occasion said that Dambuk being a river locked area which remains cut off from all sides in major part of the year, development could not take place at a desired pace in all sectors. He submitted a four point memorandum including renovation of Dambuk township road, renovation of Bomjir to Paglam road, Bridge at 14 KM on Sisiri River and Sanctioning of Community Health Centre building.

The third edition of the festival include performance by Far Beyond, the star singer and metal guitarist Yngwie Malmsteen, who is performing for the first time in India. There will also be host of bands from the North East and other parts of the country in music. The adventure activities include Maruti Suzuki National Super League TSD (NSTSD) Rally Championship 2016, river rafting, ATV ride, dirt cycling, Burma bridge sky walk, zip-lining, elephant ride, birding and trekking. 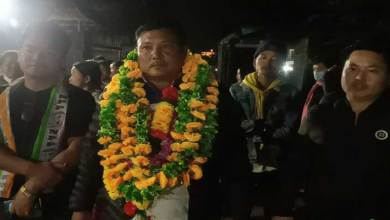 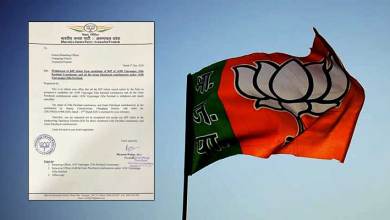 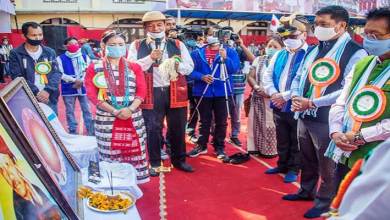