Member of Parliament  from Gurudaspur and Veteran actor Vinod Khanna passed away on Thursday in Mumbai. He  breathed his last at 11.20 am on Thursday. He was suffering from advanced bladder cancer.   Vinod Khanna  had been ailing  for long recently. He was admitted to the Sir HN Reliance Foundation hospital on March 31 with severe dehydration.

The late actor is survived by his wife Kavita Khanna and three sons. Actors Akshaye Khanna, Rahul Khanna from his first marriage. He also, has two children, Sakshi and Shradha from his second marriage to Kavita Khanna.

In 1982, at the peak of his film career, Khanna decided to quit the film industry briefly to follow his spiritual guru Osho Rajneesh.

Khanna joined politics in 1997 and got elected from Gurdaspur on a BJP ticket in the next year’s Lok Sabha poll. Later, during the time of the Atal Bihari Vajpayee government he became Union minister for culture and tourism in 2002. Later, he became a minister of state in the Ministry of External Affairs. Khanna lost the 2009 election, but was elected again from Gurdaspur in 2014

Demand of Bodoland is genuine- Federation of New States 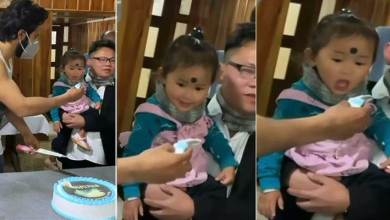