BLC-39, Tarajuli and BLC- 33 Ganga Village have been adjudged as discipline team of the tournament for both women’s and men category. Besides that Khoda Yaka has been conferred best women player and Nabam Tadi in Men’s category. 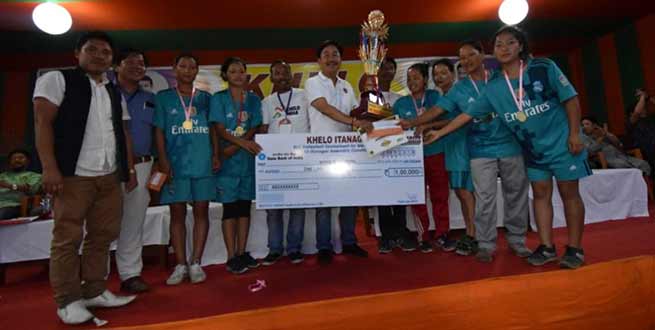 While responding to the query by media person, Chief Patron further added that the success of first edition of Khelo Itanagar that held from May 23 to 26 was grand success and so if time permit we will definitely organised such sport event in large scale in near future.

When asked about the motive behind the Khelo Itanagar, Phassang said – Khelo Itanagar is been organised in the same line of Khelo India focusing the youths of the state to give them platform and also to keep them fit & Healthy.