The university conferred Honoris Causa Award by awarding the Doctor of Literature degree to three distinguished personalities, Dy CM Chowna Mein being one amongst them. Mein was awarded in recognition of his tremendous contribution in the field of Buddhism and Development of Arunachal Pradesh. He is the first political personality in the State to receive an honorary Doctoral degree from any university. He is a seasoned politician and currently a legislator for the fifth consecutive term. He represents 48-Lekang Assembly constituency but has been able to touch lives and bring changes beyond his political turf. Mein has also been at the forefront of promoting the literature and culture of the Tai Khamtis, a major tribe to which he belongs. The Golden Pagoda (Kongmu Kham), a major tourist attraction and hub of Buddhist religious activities was conceptualised and created by him.

Earlier, prior to the convocation ceremony a brief function under the university initiative “Inspire” a Science Camp was held wherein students from eleven schools attended. It is an initiative to inspire children to opt science stream as the state has witnessed a shortage in science graduates.

Speaking during the programme, Minister Education Honchun Ngandam emphasised the need for effective time management and called upon the students to sincerely do their duties. He underscored the need to get quality education as at the moment talent and merit counts and mere degrees will not help anyone achieve anything in life.

Dy CM Chowna Mein said that the Arunachal University of Studies was itself an inspiration having grown to such a standard from a humble beginning a few years ago. He said that time was valuable,plan at the right time and take advantage of time which will ensure a bright future.

Chow Zingnu Namchoom told the students not to be scared of science and maths but rather be inspired to take it up as the scope was immense.

Next, a small documentary on the vision and mission of the university was screened for the dignitaries which highlighted the various steps taken up to truly live up to its tagline ‘educating with a difference’.

The dignitaries, deans, faculty members and awardees marched in the academic procession towards the convocation hall from the main block of the university.  In the convocation hall Vice-Chancellor delivered the welcome address and also paid rich tributes to Late G.N.Pandey the founding Vice-Chancellor who recently passed away crediting the metamorphosis which the university underwent to become what it is today.

The Chairman in his address outlined the vision plan of the university with the programmes in the pipeline and addition of courses in the offing. He also announced that the university was planning to build a multi speciality hospital and that it was focussing on placement centric programmes.

Dr.Tejam Padu,Director Higher and Technical Education was the only one moving forward on expected lines amongst the private universities in the state with a holistic mission.

Minister Honchun Ngandam said it was his privilege to be a part of the convocation. He said poverty or backwardness should never bog down the spirit of achieving in life.

DCM Chowna Mein exuded happiness and pride of being the chief guest of a historic event of a convocation ceremony which has grown from humble beginnings. He said it was a red letter day in the history of human resource development of the state. He termed the founding VC Late G.N.Pandey a treasure trove of knowledge.

Mein said that he was in the twilight years of his political career and during all these years in active politics he had given his best for the upliftment of society. Addressing the students he said that the state has opened up in terms of communication and the younger generation has lots of opportunities and responsibilities so it was necessary that they make good use of time for a bright future.

Later, the university awarded degrees to 41 postgraduates and 9 graduates during the convocation. 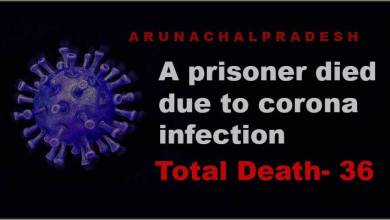 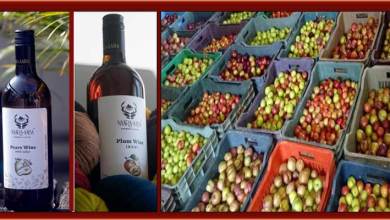 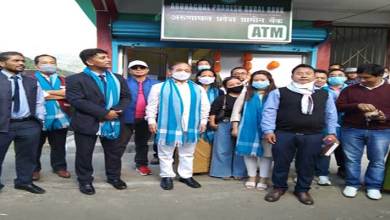 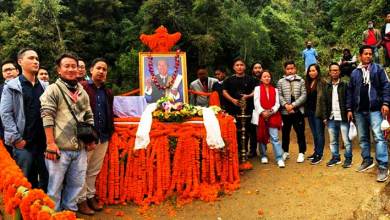 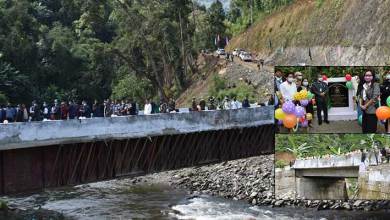