Mein called for reforming Buddhist monasteries into centres of learning and not be confined only in religious teachings by expanding its approach on education. He was of the view that monks should also seek employment so that they are financially empowered for rendering their services.

He said that with the advent of modernisation it has become pertinent to protect and preserve our culture and heritage while consciously imbibing the new things. He also said that Arunachal Pradesh is a multi-cultural state and thus every section of society must strive to maintain harmony by respecting each others culture. 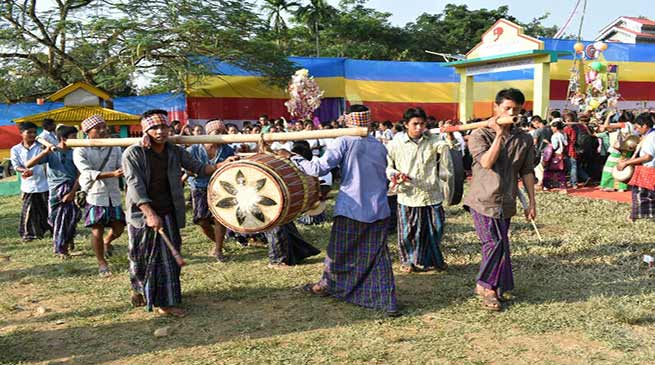 Responding to a public memorandum submitted on the occasion for retention wall at the Namchik river and Multi-purpose Cultural Hall at Kovin village and Community Hall at Tikhak Taipe, the Deputy Chief Minister instantly assured to sanction and asked for the proposals to be put up through the concerned departments. He also released a devotional audio music album.