The police  and other security personnel deployed at Arunachal Pradesh Civil secretariat entrance gate found several  fake vehicle passes . During the checking  on Thursday more than 50 such fake vehicle passed have been seized and cancelled.

T Ronya, the security officer deployed at the entrance  said that ‘we use to check the entry passes pasted on the vehicle.  We have to verify it minutely, but some time due to heavy rush we can’t do that.

Ronya said that as now as per authority direction the exercise is being done, we are removing all vehicle passes from the vehicle and so fare for last 7 days we have been able to remove more than 1000 vehicle passes and submitting to the GAD branch for further verification and  re validation. 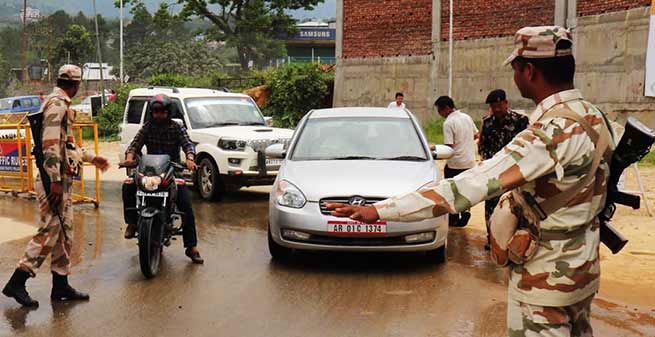 When the officer from GAD branch was contacted Section officer Cipu Murtem said that ‘we are issuing the new vehicle passes as per direction and guidelines with three year validity’.

A senior officer who was in his car at the main gate said that it is good indeed to check illegal and unauthorised person entered with their vehicle with scanned vehicle pass in civil secretariat beyond the permit period to meet the Ministers and officers.