The Arunachal Rising campaign led by Chief Minister Pema Khandu today reached Vijaynagar – the remotest circle in Changlang district, which is surrounded on three sides by Myanmar and the other side by vast swathe of thick forest of Namdapha National Park.

On his arrival at Vijaynagar ALG, members of Yobin and Gorkha community warmly welcomed Chief Minister and his team. Chief Minister soon proceeded towards health centre and inaugurated the health camp. He thanked the doctors and medical staffs who had come from Changlang and Itanagar for their service in this remote area and for participating in the biggest ever-medical camp to be conducted in the circle.

Chief Minister also inaugurated the Circuit House and office of the Extra Assistant Commissioner (EAC) dedicating the projects to the people of Vijaynagar. He said these projects were built under SPA by PWD, whose funding got discontinued from the centre but were completed through state’s resources.

Chief Minister visited the Sarkar Aapke Dwar camp organised by the District Administration. He visited the stall put up by several govt departments and the banks and interacted with the officials and the beneficiaries. He lauded the administration for reaching out to people in this remote area through such camps and for enrolling more than 22000 beneficiaries across the district. 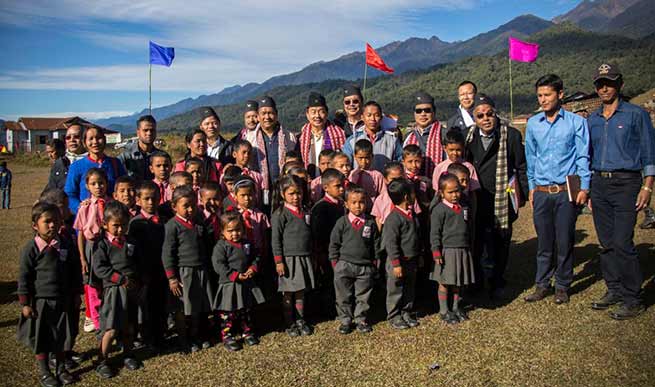 Addressing a public function later, Chief Minister said Vijaynagar has huge tourism potential owing to its scenic beauty and also huge potential for horticulture and agriculture activities. But these potentials have been hampered by lack of proper surface and air communication.

He said it was under former CM late Dorjee Khandu who had first approved for survey and preparation of DPR for constructing the 156 km Miao-Vijaynagar road under PMGSY. The construction of road got hampered and delayed due to improper work allocation. Chief Minister assured that the road will be taken up on priority and in coming days will be taken up as major road. He also assured additional 70m steel suspension bridge besides the existing Empen bridge on the 32 km motorable road from Miao, which gets cut off during monsoon.

For air connectivity to Vijaynagar, Chief Minister assured to take up with the centre to expedite work on ALG here and said that it will soon be connected with other six ALGs in the state under CM connectivity scheme. He also promised to work out with private carriers on starting MI 172 helicopter services six days a week. 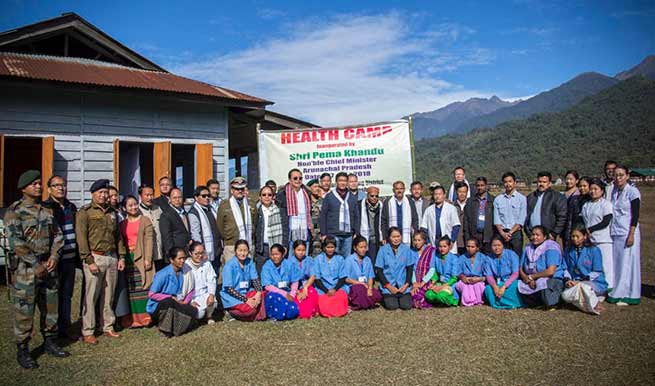 Chief Minister also had big news for the Yobin community informing that state government has approved their scheduled tribe status and has been issuing ST certificate to the community. He gave away ST certificates to two Yobin community members on the occasion. He further said the matter is being taken up with the centre for formal recognition and informed the issue is likely to come up in the winter session of parliament for final approval by the central government.

For ex-servicemen and their families settled in Vijaynagar from Gorkha community during 1960s, Chief Minister promised to issue PRC to them by January 1 next year. He thanked the community for their contribution towards the country and for safeguarding its territory through their presence in such remote area. Chief Minister also informed that PRC for six non APST communities residing in Namsai district is being discussed and a sub committee under Nabam Rebia will be finalizing its report soon for its solution. 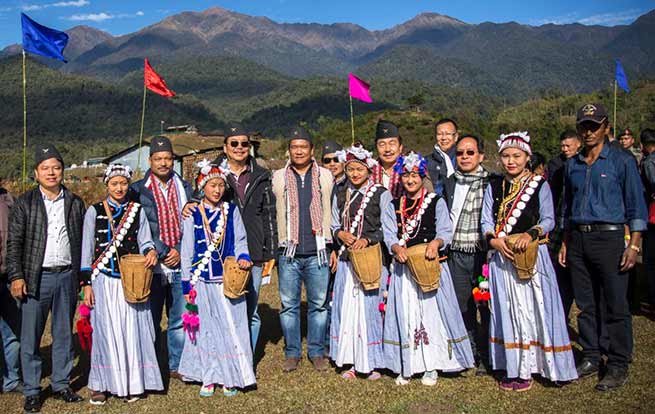 Responding to a public memorandum, Chief Minister on shortage of teacher said that if any locals qualify as a teacher will be directly recruited considering the remoteness of the area. On infrastructure demand such as foot suspension bridge, hydroelectric project and a helipad in Gandhigram, Chief Minister assured to take it up soon.

Chief Minister on the occasion gave away appreciation certificates to Pisi La Singpho, Choegey Yobin and Akhi Yeliyeh Yobin who during 1960-70 helped the Indian authorities consolidate its rule and establishment in Vijaynagar when India-Myanmar boundary was not demarcated. On the occasion, Chief Minister recommended their names for gold medal to be awarded in the coming statehood day celebrations.