Itanagar MLA Techi Kaso stressed on the importance of preserving culture and tradition to protect the identity of tribal communities.

Itanagar MLA Techi Kaso while attending the programme as chief guest stressed on the importance of preserving culture and tradition to protect the identity of tribal communities.

He said that the festival provides us a platform to spread the message of unity and brotherhood and to promote communal harmony among the members of various communities. 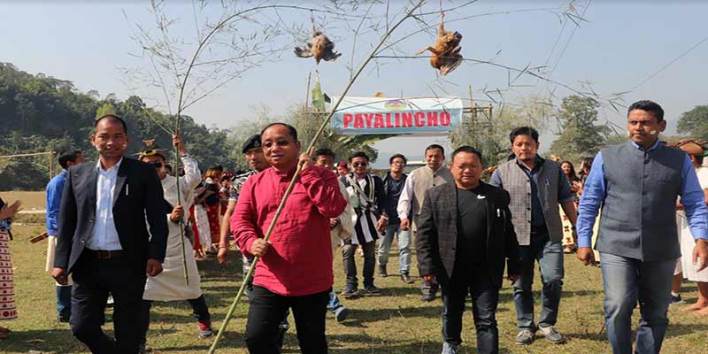 Nyokum festival has a close link with cultivation, and celebrated by the Nyishi tribe . The Nyokum goddess, the goddess of prosperity is invoked for her blessings so that there may be more and more production of food-grains in the next harvesting season, that the visit of famine may be warded off, and that drought or flood may not hamper cultivation, nor should any insect or animal destroy plants and crops. The Goddess is invoked so that the human race may be strengthened and regenerated. All should be free from unnatural death due to accident, war and epidemic.