Attending as chief guest, UD & Housing, Land Management, Law and Justice Minister,  Nabam Rebia stressed on the daily use of local dialects to preserve our social ethos and rich cultural heritage inherited from the fore fathers.

Asserting that few sections of society still have a belief  that practice of rituals, offering or sacrifices made during such festival represents  “evil spirit”,  he urged people not to develop  such mentality and stated that such practices are done to appease mother nature for bumper harvest and peaceful existence of all living being since many years.

Rebia clarified that such practices are deep rooted in tribal traditions and directly connects  us to our traditions and culture. ‘This  practices keeps alive our identity, culture and age old traditions, “he pointed out. 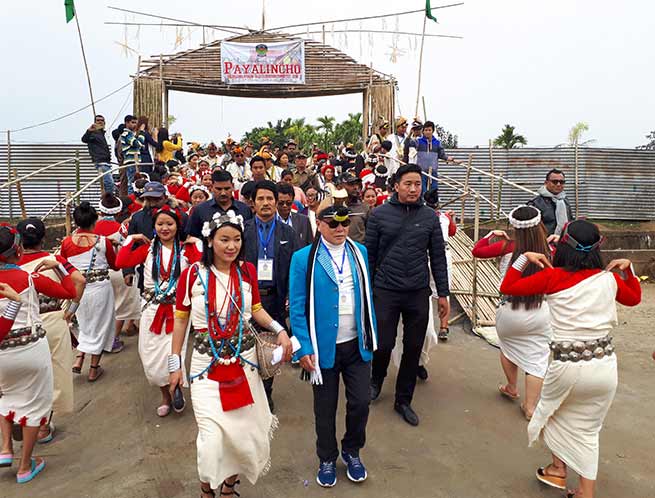 He also assured to look into a one point memorandum submitted seeking fund for construction of approach road to proposed land that will be developed as main festival ground.

Requesting people not to encroach the land,  he also informed that govt has approved their proposal to develop the said festival land with required Infrastructures and basic facilities and urged  people to take good care of it and use it for better purpose.

Later exhorting the people to maintain peace and sense of brotherhood among its neighbouring Assam counterparts, he promised that he  will strive for all round development of his constituencies.

DC, Yupia, Tai Kaye was also present on the occasion as guest of honour and emphasis upon the use of local items as well as rational attire during festival and local items at all use. He said that tradition is our culture and we need to protect so that our identity is preserved. He said that all festival gives us a message for peace, prosperity and well being of the community form all odds. He however appeal the people of both side of border to maintaining peace and tranquillity with communal harmony and brotherhood.

Cultural extravaganza and traditional games & sports marked the daylong celebration with a huge presence of the  local people from  the area and neighbouring places bordering Assam.