More than 50 dwelling house attached with shop were gutted in a massive  fire mishap in Bazarline of Dirang township of West Kameng district of Arunachal Pradesh at around 1200 hrs today. The cause of accident cannot be revealed as investigation is underway. 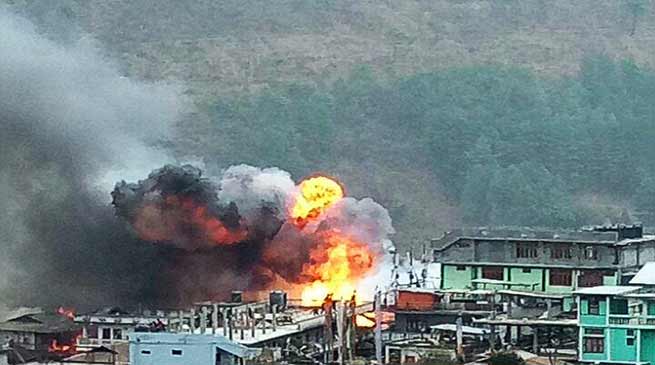 West Kameng Superintendent of Police, P. N. Khrimey said that the two fire tender of state police were pressed into service while three Water Tankers of BRO and 2 Tanker of National Institute of Mountaineering and Allied Sports (NIMAS) have also contributed their service during fire accident and dousing the fire in spreading into other areas. 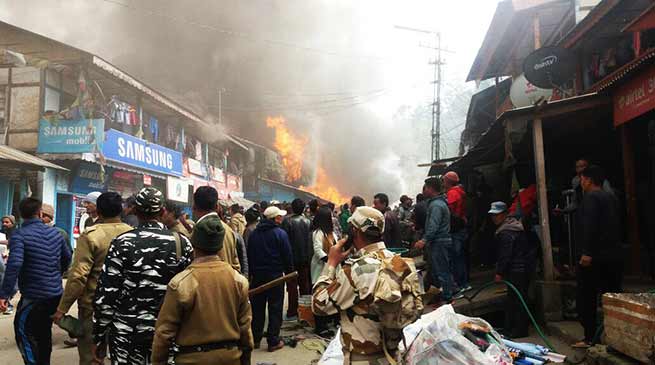 More than 5-10 houses were also damaged during the dousing, rescue and rehabilitation process Khrimey said. He said that the cost of the loss could not be ascertain right now but it would be in crore and the most important that no casualty have been reported so fare. 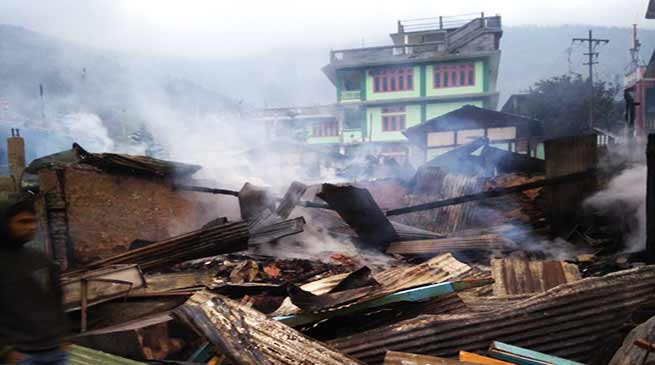 He continuing as saying that he alongwith Deputy Commission Dr. Sonam Swaroop and other officers are monitoring the situation. The IB have been designated as Relief camp and fooding have been managed by the ITBP. He also lauded the role of SSB, ITBP, local Police, Fire fighters and local residents for the their help contributed during the hour of grief.  According to sources there is also Fire accident was occurred at sera village 4 km away from main town Bomdila.