Hailing the unity between Mising and Adi community, the Chief Minister said that such bonding will help improve relation between Assam and Arunachal.

He appealed both the community to preserve the culture in its true form and urged them to prevent its dilution from onslaught of modernity.

Responding to a memorandum submitted by Adi Mising Baane Kebang, the Chief Minister announced to declare Ali Aye Ligang as local holiday from next year wherever Mising and Adi population are settled.

For the development of local tourism, the Chief Minister assured that plans will be worked out on how to promote the Daying Ering Wildlife Sanctuary for tourism purposes. 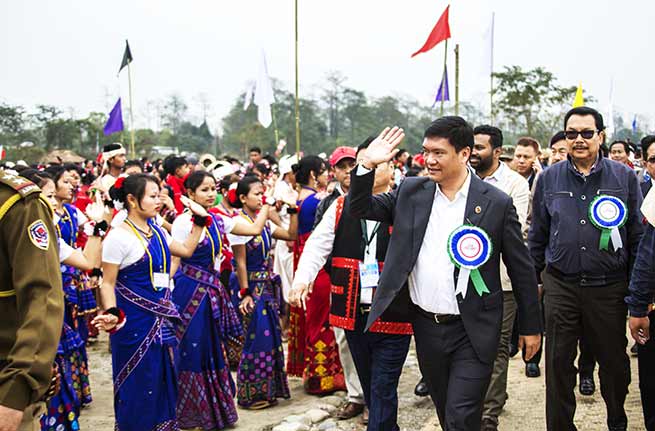 The Chief Minister appealed the people to submit their valuable suggestions for budget preparation via online through a website www.arunachalbudget.in. He informed that state government has kept prize money for best person with best suggestions. He also informed that consultation with all community-based organizations and other stakeholders would also be taken before finalizing the budget.

The Chief Minister further informed that focus area of the budget will be mainly on health, education, agriculture, tourism, skill development, entrepreneurship besides various new schemes to be announced for youth empowerment.