Banderdewa:   Days after Capital  District Administration lifted the lockdown, Banderwawa check post witnessed huge crowd on Friday and today again and long queues of returnees which include students, labourers, government employees etc were seen along the highway that reminded us of the pre-lockdown days.

The huge crowds along the check gate prompted the authority to depute more police personnels and technicians and increase testing capacity for Covid-19.

Additional District Magistrate, Talo Potom who was reviewing the situation at Banderdawa told media persons that ” huge crowd was spotted at Banderdewa checkgate after the entry-exit via gumto check gate was temporarily suspended for last few days.

“The matter was resolved today after Deputy Commissioner ICR took up the matter with his counterpart Papum Pare who agreed to allow movement of vehicles via Gumto checkgate  ” Potom Disclosed.

Admitting that the more rush is expected in coming days, Potom disclosed that to contain the situation he held a meeting with DC, ICR and other officials at Banderdewa on Friday after a huge and unprecedented crowd was witness and due to which it was agreed upon to increase the technicians as well as testing equipment capacity.

Meanwhile, Potom said the authority able to contain  the crowd to some extent after the introduction of on online system for registration.

Later Potom was seen speaking in microphone raising awareness about the online registration system and to maintain physical distance while standing in queues and appeal all section of society to wear face mask at any time when they are out of their house for any purpose so that one cannot be infected from other to remain safe.

Naharlagun SDPO Riki Kamsi, Banderdewa Circle officer Laxmi Dodum among other were seen managing the crowd and creating awareness among the returnees and  other. 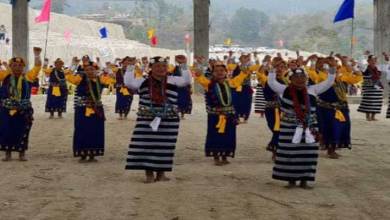 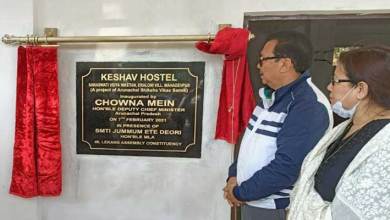 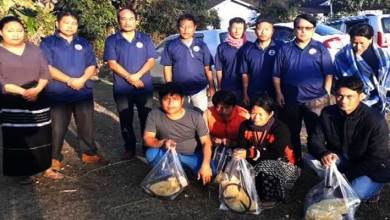 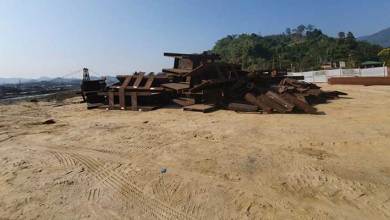 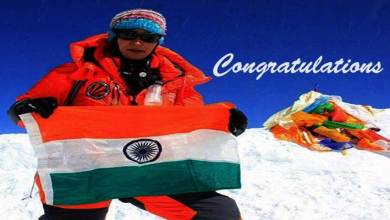 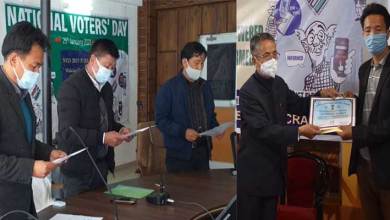