Police are yet to trace a 17-year-old school girl, Dolly Wangsa  who went missing on June 14. The girl is a student of Class XI in Govt. Hr Sec School Tezu.

The Lohit district Police is still clueless over the missing of Dolly Wangsa Class XI student of Govt. Hr Sec School Tezu.  Dolly, who is from Chating village in Longding district, is a student of Class XI.

Police sources said that after evaluation of Class – XI answer papers, she found her result failed and out of frustration might have commit suicide.

Seventeen-year-old schoolgirl Dolly Wangsa is missing since 14 June from Tezu town in Lohit district.
According to her family members, her phone was last used at around 10.30 hrs on 14 June, and since then there has been no contact with her. Her scarf, bag, earphones, spectacles and umbrella were found near the Tezu Nallah. Her phone is missing.

Lohit SP DW Thungon said her call records are being investigated, and that a special police team has been constituted to locate her.

He said the downstream areas in Assam have also been alerted regarding the missing schoolgirl.

He also suspects suicide case. “This is 5th day of her missing report. If she eloped,  then she may have called her parents. Her call details could not substantiate any elopement with boy.

After detail history and investigation the case is suspected to be suicide. We found her belonging at Lohit River site and massive search operation has been launched at the river site and the downstream of the river to locate the body”, says the SP.

Meanwhile,  Dolly’s  family has announced a monetary reward of Rs 30,000/- for information, and has appealed to the people to come forward with any information they might have. 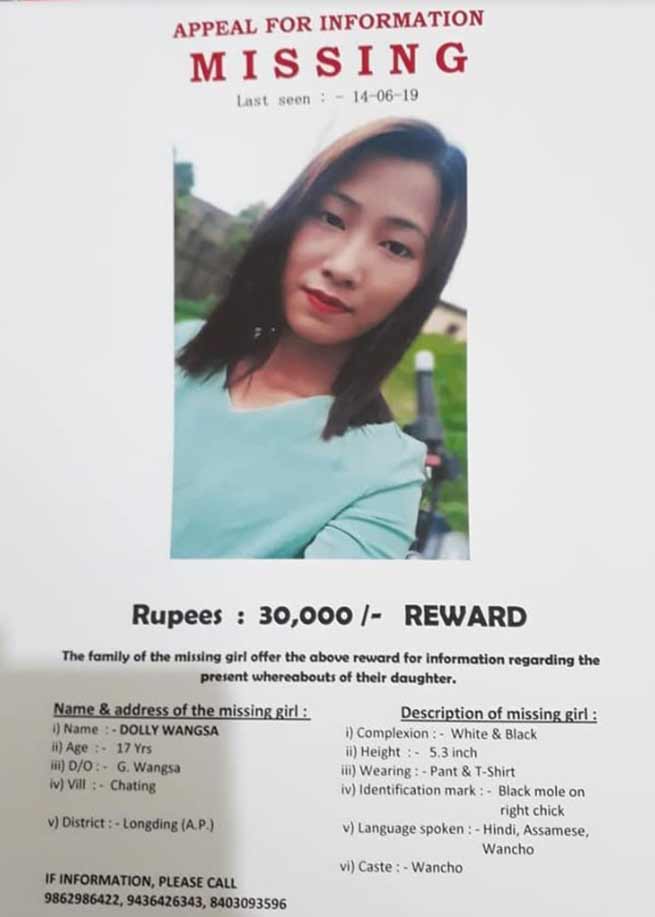 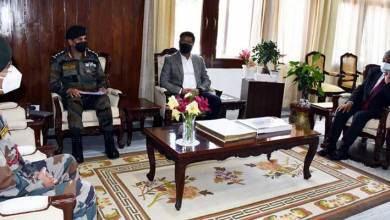 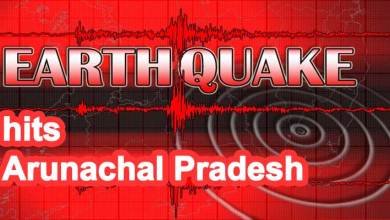