APCC president Takam Sanjoy, with party workers protest outside the CBI office in Itanagar against the removal of CBI Director Alok Verma.

The Congress has slammed the government for what it says is the “illegal, unconstitutional and illegitimate removal of the CBI director”. The government has sent Mr Verma and his deputy Rakesh Asthana on forced leave after both accused each other of taking bribe from the same businessman.

Sanjoy said that “we are supporting the move of the Congress led opposition against the ruling BJP government led by Narendra Modi who is acting against the law. Whatever the allegation labelled against both of the top CBI official are matter of investigation and such act of Prime Minister for removal of CBI Officer is uncalled for.

The protesters were holding flags, placards and posters shouted slogans against the ruling BJP government at centre and Prime Minister Narendra Modi. 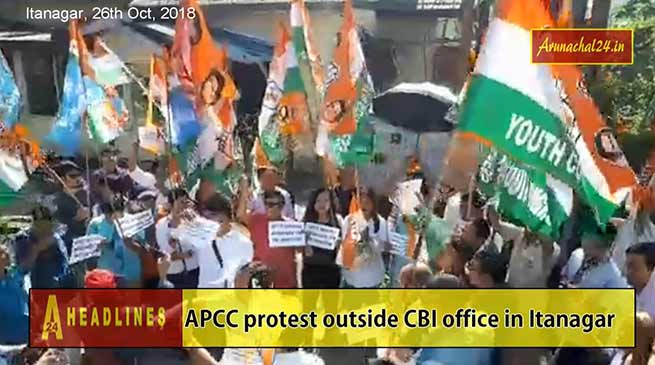