Alar Dupak was declared as winner of Arunachal Idol Season-2 in a grand finale night organised here at IG Park yesterday evening amidst huge gathering. Dupak was given a cash prize of Rs. 5 lakh, participation certificate and glass shield.

Tenzing Choepel of Tawang stood has won the first runner up position, Yami Puri of Daporijo got second runner up , while Majo D Lendo of West Siang  and Tarh Chunya of Papum Pare got third and fourth runner up respectively .

The top five finalists were selected among best of the best performers by team of judges comprising of eminent and young singers of the state Jelly Kaye, Kerry Padu and Nokngam Lukham after judging around for more than  four  month.

Malik, who spoke before the declaring of the result assured to nominate one of the selected singer for the Indian Idol.

“It was amazing performance from all the top five finalists. Their talent will let them perform in Indian Idol next season”, he said. 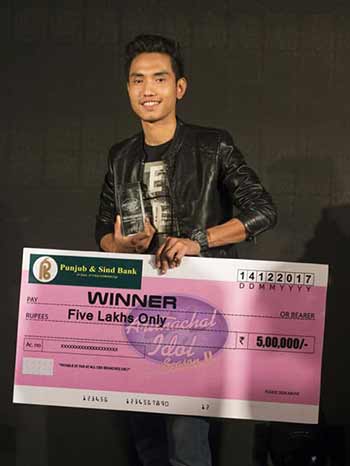 He also praised the people for having patriotic in their hearts and speaking Hindi language.

“Iam amaze that people here are so patriotic. You greet each other ‘Jai Hind’ during your meeting. This is also best Hindi speaking in entire north-east”, the music director said.

Chief Minister Pema Khandu in his keynote address assured to cooperate Arunachal Idol from next season and make it part of govt event.

“It is the time to train and guide the talented youths and promote them to perform in greater platform”, Khandu said.

He also informed that film industry in the state will flourish after establishing of National Film and Television Institute and Animation (NFTIA). He said it will create a platform and opportunity to the artists and film makers. He assured to make a studio which would be passed in the next buddget.

Informing about the beauty of the state, he invited Anu Malik for film promotion and shooting in Arunachal Pradesh instead of going to abroad.

“It was pleasant witnessing the Grand Finale of Arunachal Idol Season II where the top finalists of the event impressed the jury, distinguished guests and the audience with their magic voices”, said deputy chief minister Chowna Mein.

The presence of National Award-winning Music Director, Singer & Composer Anu Malik and song writer and The Stage Season-3 performer Chocung Dema Thungon amidst at IG Park, Itanagar in the evening was a huge encouragement for the young talents of the State, he added.

Appreciating the efforts of the event organizer for providing a wonderful platform to the budding talents in singing and music, Mein said there is no dearth of talents in the State and to further encourage the young talents and to give them a proper place for organizing such events, State Govt will provide fund for construction of a Music Studio in the Capital in coming budget. 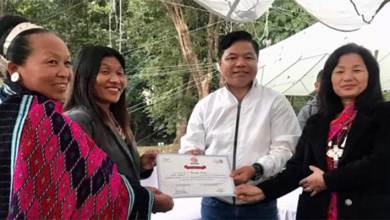 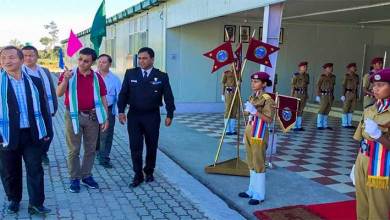 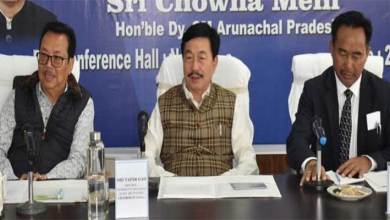