He was also a senior government advocate and was working as public prosecutor at Naharlagun bench of Guwahati High Court here.

Arunachal Cricket Association (ACA) Hony Secretary Advocate Tado Kholi passed away this morning after a brief illness. He passed away at his resident here at C Sector, Itanagar.

Condoling the untimely demise of Tado, former Chief Minister and Arunachal Cricket Association (ACA) President Nabam Tuki in his condolence message said that  Late Tado was one of the honest, sincere and hard working men of the society; he was also the pioneer of Cricket in Arunachal Pradesh. I pray almighty God to accept and keep his eternal soul rest in peace in heavenly abode.

My deepest condolence and prayer to bereaved family members and friends for bear irreparable loss of life of head of the family.May Almighty god bless them for their peace and good health. Tuki added

Late Advocate Tado Kholi was born on 10th Jan 1973 at Kusuk village under Mengio Circle of Sagalee Administrative of Papum Pare Arunachal Pradesh. Was 48 years old and was survived with his wife & two daughters.

He was also a senior government advocate and was working as public prosecutor at Naharlagun bench of Guwahati High Court here.

Itanagar Cricket Association (ICA) also join the condoling the demise of Late Tado. In a condolence message to this daily, ICA Hony Secretary Nabam Rojer Hina said that Late Tado was one of the founder of ACA and pioneer of cricket activities in Arunachal Pradesh, he was also instrumental in getting affiliated to BCCI. Under his initiative many young talents of the state have become professional cricketer playing in Ranji level. He will always be remembered.

The premature death is a great loss to the Leil Tara society in particular and state as a whole. The ULTYF also express heartfelt condolences to the bereaved family and pray almighty for his soul rest in peace.

First photo of missing IAF AN-32 aircraft from Crash site 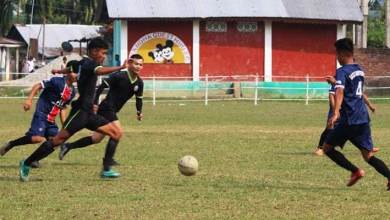