The CHINDITS Brigade is one of the oldest Brigades of the Indian Army and was raised on 10 Jun 1942 at Sagar, Madhya Pradesh by the legendary  Brig Orde Wintage The Chindits, known officially as the Long Range Penetration Groups, were special operations units of the British and Indian Armies, which saw action in 1943–1944, during the Burma Campaign of World War II.

During the East African Campaign of 1940–41, Wingate– under General Archibald Wavell, Commander-in-Chief of the Middle East Command – had begun to explore guerilla tactics, when he created and commanded a unit known as Gideon Force, composed of regular troops from Sudan and Ethiopia, as well as Ethiopean partisans. Gideon Force disrupted Italian supply lines and collected intelligence.

In 1942, after the disbandment of Gideon Force, Wavell – who had since been appointed Commander-in-Chief of the India Command – requested the services of Wingate in Burma. It was intended that he would raise irregular forces to operate behind the Japanese lines, in a manner similar to Gideon Force. Wingate arrived in Burma in March 1942 and for two months, as Japanese forces advanced rapidly, toured the country developing his theories of long-range penetration, during the two months preceding the Japanese conquest of Burma. After returning to Delhi, he presented his proposals to Wavell. The name Chindits was suggested by Captain Aung Thin (DSO) of the Burma Rifles. Chindit is a corrupted form of the Burmese mythical beast Chinthé or Chinthay, statues of which guarded Buddhist temples. 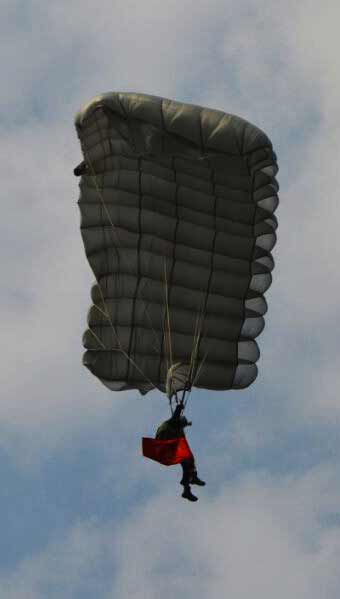 The first Chindit unit, the 77th Indian Infantry Brigade, was gradually formed in the area around Jhansi in the summer of 1942. Wingate took charge of the training of the troops in the jungles of central India during the rainy season. Half of the Chindits were British: the 13th Battalion, the King’s Liverpool Regiment (nominally a second-line battalion, which contained a large number of older men) and men from the former Bush Warfare School in Burma, who were formed into 142 Commando Company. The other portion of the force consisted of the 3rd Battalion, the 2nd Gurkha Rifles (a battalion that had only just been raised) and the 2nd Battalion, the Burma Rifles (a composite unit formed from several depleted battalions of Burmese troops that had retreated into India in 1942).

Wingate trained this force as long-range penetration units that were to be supplied by stores parachuted or dropped from transport aircraft, and were to use close air support as a substitute for heavy artillery. They would penetrate the jungle on foot, essentially relying on surprise through mobility to target enemy lines of communication (a tactic that the Japanese had previously used in 1942 to great effect against British forces in Singapore and Burma).

To commemorate the momentous occasion numerous events spread over two days commencing from 23 December 2017, have been planned which will be attended by many serving and veteran officers, Junior Commissioned Officers & other ranks with a number of civilian dignitaries to mark the 75 years of dedicated service of the CHINDITS Brigade to the Nation.