The third day of Chalo Loku festival at deomali under Tirap district still seen under the cloud of musical and Cultural extravaganza where the renown local artists all over the Tirap district throng in the venue to perform their best ever collections.

Nevertheless, It was interesting to note that the visitors have been increasing every coming day  as it approaches the grand event to be due on 25th November 2016 at Deomali general ground. 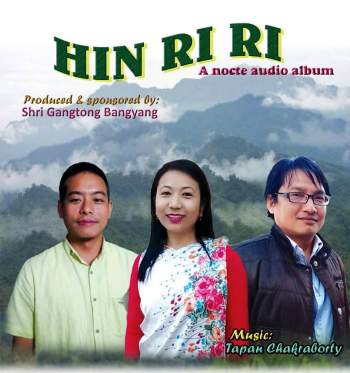 As per the organiser of Chalo Loku selebration, the over all budget for the grand event has been estimated to be approximately thirteen lakhs which includes expenses for the entire artists and musical band apart from other usual expenses. However, the budgetted amount might not be sufficient in view of the intensity at which the preparation have been orchestrated, yet committees are determined to ensure that every ends is met during the occasion.

Also, It was surprising to learnt that the Tirap district have good numbers of melodious local singers ever produce on their soil who performed one after another for consecutively four days without a halt, whose voices had reverberated the whole town.

The town is seen almost heavily jam packed with the commuters from all walks of life at the back drop of Chalo loku celebration. On the other hand, enough preparations had been made to receive the chief guest of the Chalo loku who was suppose to be the Deputy Chief Minister of Arunachal Pradesh, Chowna Mein but due to some unavoidable circumstances back home, he had to withhold his visit and in lieu of him, honourable Parliamentary Secretary for Planning, Mr. Zingnu Namchoom had been delegated to grace the grand event as Chief guest on 25th November 2016at Deomali, Tirap district.

The music lovers from across the district are enthusiastically awaiting the music album called “HIN RI RI” produced and sponsored by Er. Gangtong Bangyang to be released on the main day of Chalo loku on 25th November 2016 amidst mammoth gathering by the Chief guest himself. It was seen that the Jumin, a finely distilled fermented rice beer, local pork, local fishes from Tirap rivers and local chickens both roasted and steamed were one of the main items located in every local food stalls which the visitors had enjoyed a lot during the course of Chalo loku. 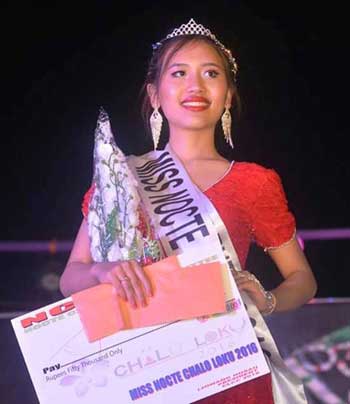 One should have at least one thousand bucks in his or her pockets if they wish to visit a local cuisine, retreated by one of the visitors when interviewed by arunachal24.in.

On the another venue at Khonsa town, the Chalo loku was celebrated equally with much fanfare and gaiety as in other parts of the state where the Nocte’s resides. The miss Chalo loku peagent 2016  was organized at Khonsa town yesterday evening, Miss Sarah Ruttum daughter of Ranngan Ruttum was crowned Miss Chalo Loku 2016 who walk away with a cash prize of rupees fifty thousand.  With this it is worth to be noted that Tirap district is blessed with both Beauties and the voices that echoed across the district during the Chalo loku’s. As per the communique from the organizing committee, the blue print for the  entire event was given by their leader Honourable Minister for DOTCL, Agri, Trade and Commerce, Wangki Lowang and therefore, they are very much thankful to him for having assisted in all possible ways.